HomeCollectionA case study of Ms. Jema Mandika of Jhigidi Village of Rayagada district, benefitted out of the dhokra craft 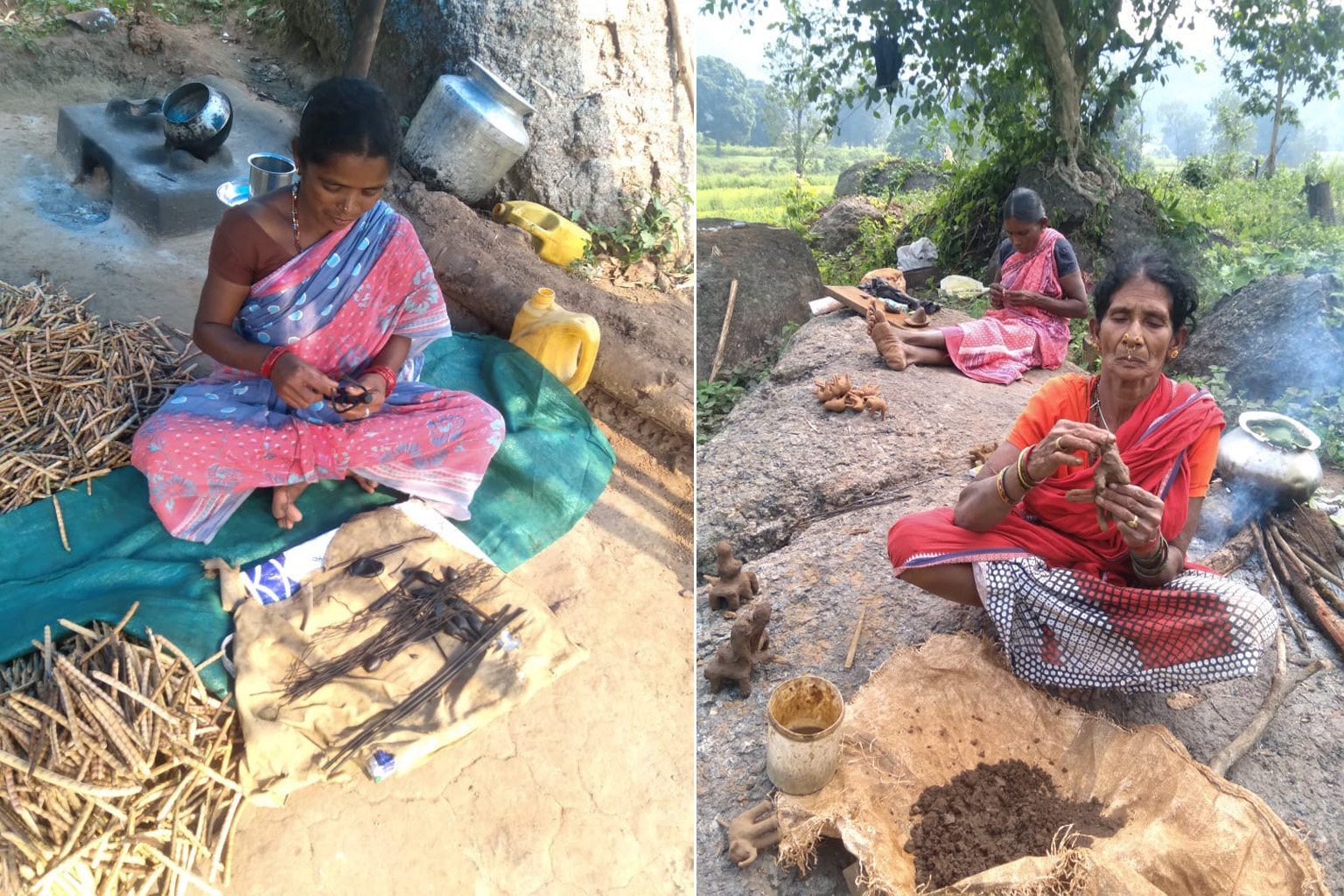 A case study of Ms. Jema Mandika of Jhigidi Village of Rayagada district, benefitted out of the dhokra craft

Jhigidi, a village that houses 62 families, almost 90% of the households in the village are involved in making of beautiful Dhokra home décor items. The village is known for its craft in and outside the state as well. Foreign tourists can be spotted in the village trying to buy the elegant, handcrafted items from them.

Mahashakti foundation’s efforts in the village have been directed towards ensuring availability of amenities and creating awareness with the supported from NABARD since 2019. Through government funding, a community hall has been established in the village to ensure uninterrupted work.

The case of Ms. Jema Mandika and her husband Mr. Lachhamani Mandika is quite a fascinating one. Both of them are school drop-outs, however that never pulled them from dreaming big. The couple have devoted their time and energy in learning new and minimalist design skills from the workshops and trainings organized by Mahashakti. They have time and again used that knowledge in making catchy lockets and pendants, which are frequently in demand not only by our local consumers but also have attracted the attention of foreign buyers.

The couple have been into the making of the dhokra crafts close to two decades. As they were able to gain considerable amount of exposure from the contemporary design classes organized by Mahashakti, hence their production capacities have increased many fold, so as their income. The couple are able to earn in excess of INR 15,000 per month.

They sell the items in the local haat, regularly supply to “Kala Punaruthan Producer Co Ltd” and people even drop by their house to buy the handicraft items. With the steady income from the dhokra craft activity, they were gradually able to build a pukka house of their own and sending their children to decent schools. Besides that, they were able to buy a two-wheeler and even repaying the loans on time. Jema with a smile on her face says, “we feel extremely lucky to receive the technical lessons from the trainings organized by Mahashakti, beside with their support we have been able to take part in different exhibitions to showcase our work as well as increase our customer base.”

The name ‘Dokra’ or Dhokra‘ was used originally to indicate a sect of metal craftsmen who were well-known for their metal craft. Dhokra refers to a metal craft which has significant cultural connection with the tribal communities.